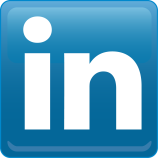 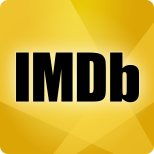 Victoria Elizabeth is a freelance journalist, copy editor, and content writer. She specializes in fitness, nutrition, health, and lifestyle journalism, but also finds great enjoyment in poetry, flash fiction, and screenwriting. Her recent publications can be found in Emerge Literary Journal, The Huffington Post, The Journal of Microliterature, and Beyond Science Fiction.

Eager to explore her passion for the written word, Victoria Elizabeth completed a second bachelor’s degree in Creative Writing, Fall 2013 at Full Sail University. She recently completed her MLS in Western Culture and Civilization at Rollins College in December 2017. Ultimately, her long-term goal is to serve as a fitness, health, and nutrition writer/ journalist in the future. Victoria Elizabeth was recently featured in Huff Post with an article entitled “I Lost Weight!” in their Healthy Living section. This website is indicative of her bubbly nature, enthusiasm for her craft, and various artistic interests.

Victoria Elizabeth works as a producer for The Jet Set, a travel-themed talk show based out of Washington, D.C. The show features three dynamic hosts: Bobby Laurie, Nikki Noya, and Gailen David.  In addition, she is the Web Content Writer for Daily Flash TV, a morning talk show based out of Miami, Florida. Prior to these shows, Victoria Elizabeth worked as a producer, web editor, and content writer at The Daily Buzz, a nationally-syndicated TV show formerly broadcasted in 160+ markets. In addition to her work in television, Victoria Elizabeth has had two films (one as the screenwriter, one as an actress) in film festivals, and she’s always looking for ghostwriting or credited-writing opportunities in feature films.

Her familiarity with live TV production, coupled with her passion for traditional writing, makes her an asset for any company that desires content creation from a writer comfortable with tight deadlines and a constantly-changing environment.

How many people are checking out Victoria Elizabeth's work?